Blazing 777 – classic without anything superfluous

Blazing 777 online is a slot machine with a rather unusual playing field. It consists of 10 sections, each of which contains 3 reels, 1 row and 1 active line. The machine uses a classic set of characters - sevens, berries, coins, BAR. Gambler gets a prize when a combination of identical images is formed on the reel. An extensive range of bets (from 0.2 to 5 dollars) makes the slot accessible to a wide range of users.

Features of the Blazing 777 slot machine

All blazing 777 free games` winnings will be in virtual currency. To win real money at Blazing 777 online casino, you need to create an account at MrBet casino. After that, make a deposit in one of the available currencies and pass account verification to get first withdrawal.

Playing field contains 10 sets of 1 reel in each, that`s why the gambler needs to make a bet in each of them. During a regular spin, you can win an amount that exceeds the spin size of bet 100 times. Volatility is low, which means that you can win in the slot quite often.

Blazing 777 RTP is 95 percent. For example, a gambler starts playing with $ 200. If the percentage of return is 95, after many rotations the player will have 190 dollars. By the “multitude” of rotations is meant the number of about 10 thousand spins.

If a combination of 3 sevens appears on the reel, a certain number of subsequent rotations will take place with the additional symbols involved. The number of such spins depends on the sevens color which forms a bonus combination:

They are not free spins. Gambler needs to pay for bonus spins. This kind of bonus which player gets, is the opportunity to win a significantly larger amount to compare with standard spins.

You can play Blazing 777 slots by 1x2 Gaming on smart phone or tablet. Insert the link to the MrBet online casino website in the address bar of the gadget browser and press the transition key. The mobile version of the online casino will open automatically.

After that, do MrBet website authorization. To enter your personal account, you can use the same authorization data that was used in the desktop version of the site. Now you only need to make a deposit via one of the payment systems, find 777Blazing slots free coins, make a bet and start the spinning of the reels.

Blazing 777 slots demo version is also available from the phone. You can make bets with virtual currency, if you do not want to risk real cash. All bonuses are available in Blazing 777mobile.

The mobile version of the slot machine can even be launched on an old phone / tablet. The developer optimized the game, so there should be no lags.

Is a great way to enlarge your budget

You can play Blazing 777 slots at MrBet both in demo mode and with real money. The registration in MrBet is really simple, takes no more than 5 minutes. After authorization of your personal account, make a deposit in one of the available currencies and start playing for real money. 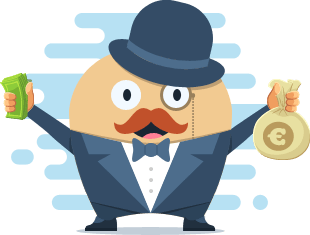